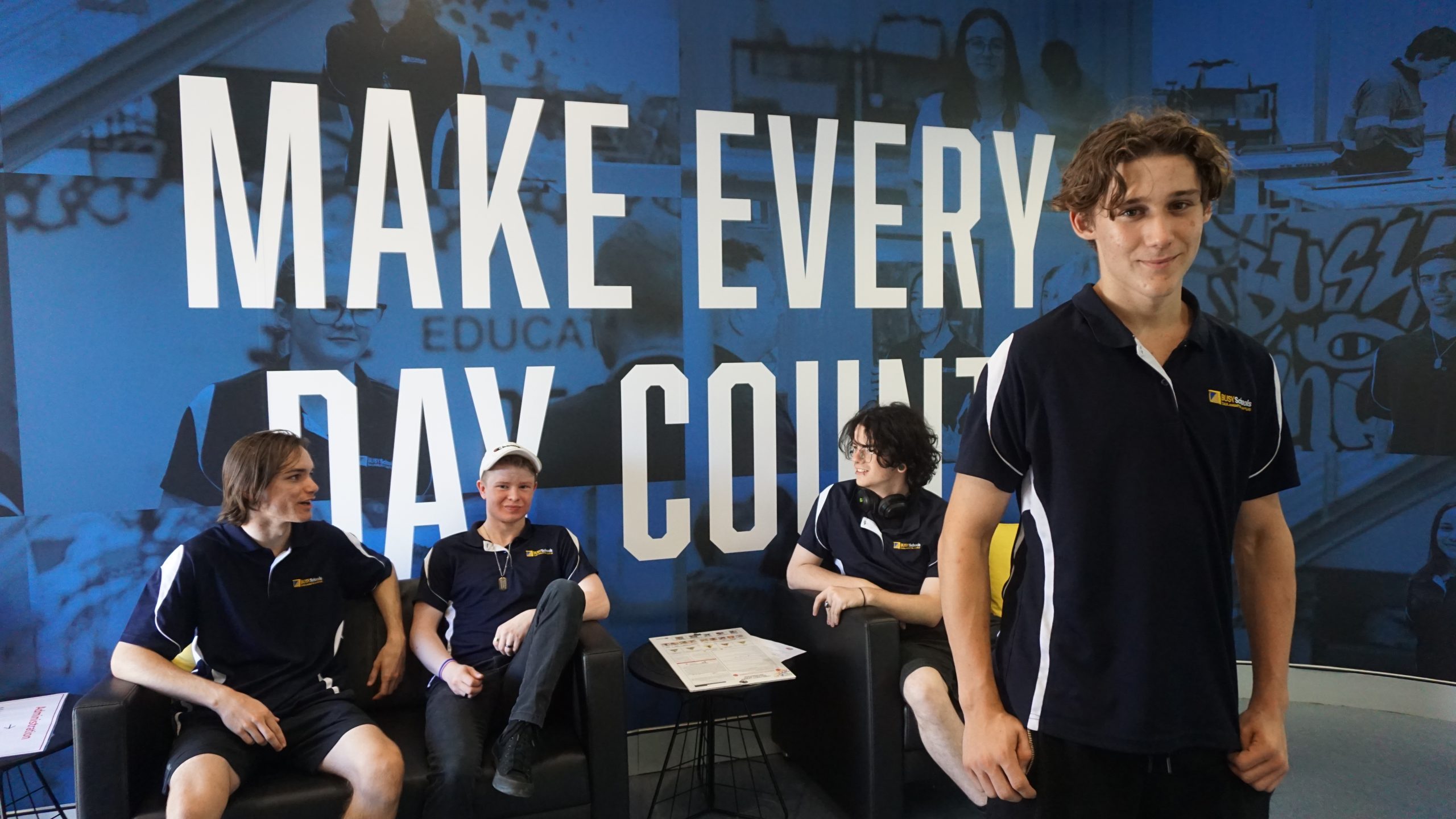 The BUSY Schools celebrate the success of their graduating students

There are very few high schools that invoke overwhelming praise from students, parents and teachers alike but, during the recent graduation period for 2022, this was the case for The BUSY Schools.

The BUSY Schools is an initiative of The BUSY Group, a not-for-profit organisation offering a range of apprenticeship, employment, training and career support programs. The BUSY Group has opened four BUSY Schools throughout Queensland – in Cairns, Shailer Park, Salisbury and Coolangatta – and are set to open further campuses in 2023, including a Brisbane City campus opening in time for Term 1, January 2023.  The schools offer an alternative senior high education (Years 11 and 12) for students who are not thriving with traditional schooling. In a relaxed but supportive environment, they aim to re-engage students with education so as to complete their QCE and move onto career pathways or further study.

During the recent Year 12 graduation period for three of the four campuses (except Coolangatta which opened in 2022 for Year 11 students who will graduate Year 12 in 2023), 161 students graduated with their Senior Education Profile (SEP), with 62.1% graduating with their QCE and approximately 75% of them gaining one or more Vocational Education and Training Qualifications.

Many of the students had previously disengaged from schooling for a variety of reasons. One parent put it succinctly when discussing her graduating daughter’s progress since coming to the school, “If you had told me twelve months ago that she would be where she is now, I wouldn’t of believed you”.

Another parent, obviously welling with pride (and holding back the tears) stated, “I’m so proud of him, I couldn’t be more proud of him, the man he is today, my son!”

While one parent believes it’s the dynamic between the teachers and the students that is key, stating, “The teachers are more like friends than teachers. The kids get to be themselves, they can open up and be accepted for who they are”.

Graduating students also had many positive things to say about their school and the difference it had made for them. Just some of the comments from students included:

Shane Blood, Principal at The BUSY Schools, Shailer Park campus stated, “The best part of my job is coming here and seeing the interactions between the teachers and the students and just seeing how happy they are. The feedback from parents is very, very positive. They may have struggled to get their kids to school for many, many years. Since coming to The BUSY Schools, that’s not a problem for them anymore”.

Leigh Hollands, Youth Worker at The BUSY Schools Shailer Park, stated, “The students think they’re lucky for everything BUSY Schools has provided. I think I’m lucky for what they’ve brought me since they started. To see the change in them, I think we’re the lucky ones!”

“Learning math is important…but whether you pass or fail, that doesn’t affect your value as a human…” their math teacher asserted. This statement sums up what so many students seemed to appreciate about The BUSY Schools — a space where they feel valued and accepted for who they are.